Landscape, fauna and flora of Namibia

Wilderness. On Dornhügel natural bush land alternates with rangelands for the cattle, horses and sheep.

The landscape on the farm is dominated by the striking Makalani palm trees, which are particularly typical for the region around Grootfontein. From their ivory-coloured kernels – the so called “plant ivory” – native people produce beautiful carvings. The Makalani palm tree during the sundowner is an unforgettable sight that you will take home with you. Besides that they are also the breeding ground for vultures – the police of the veldt. 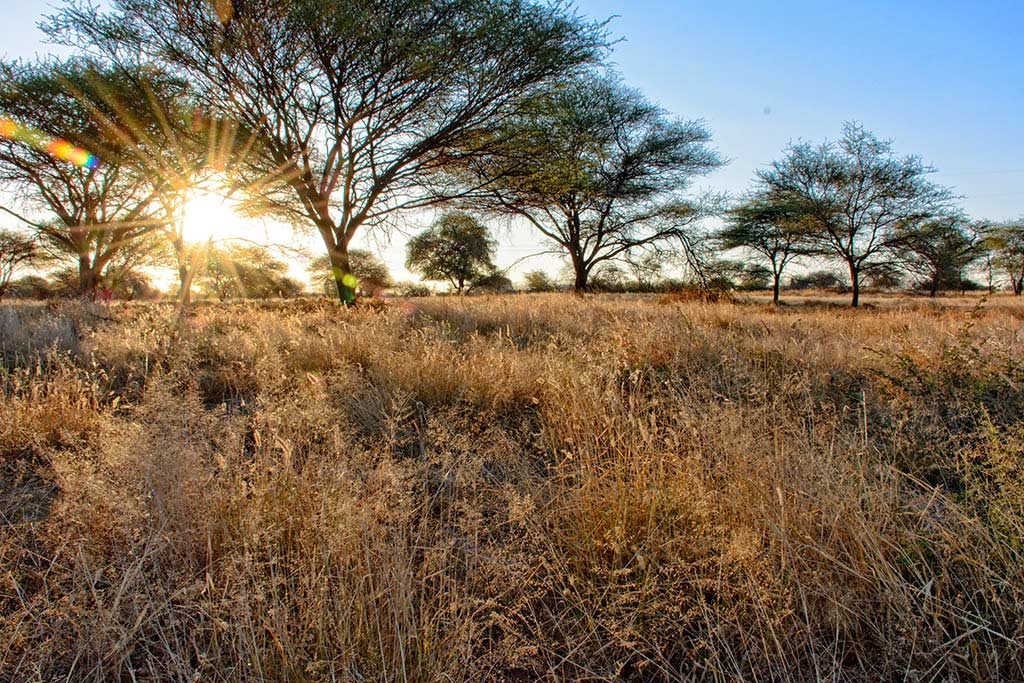 Apart from the acacia trees, as well as the thorn bushes, that gave the farm its name the enormous termite mounds shape the landscape on Dornhügel. January and February are the wet season months (unfortunately this does not mean that it will rain a lot) and simultaneously the time of our termite hill mushroom – the Omajova.  This is no ordinary mushroom which you can buy in any supermarket. The mushroom is a wild Namibian delicacy which only grows during the rainy season. It is very imposing, but the real attraction is the preparation by our cook Stephanus.

Mostly the grass is dry and the ground dusty 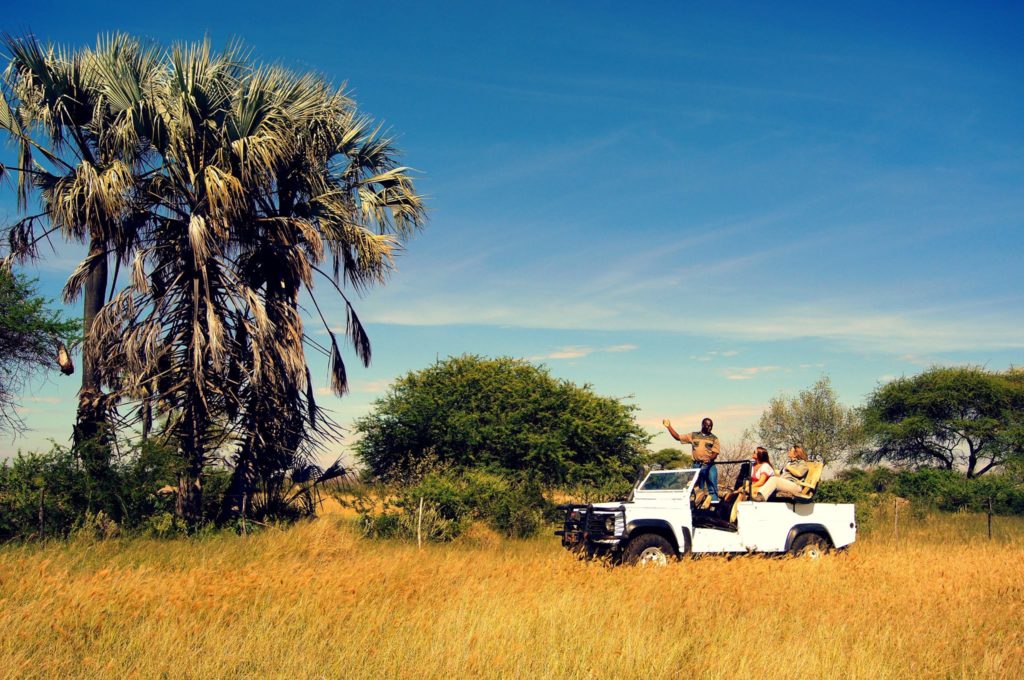 The drought takes its toll on the farm. All the more astonishing is the transformation taking place during the rainy season from January to April. Within a few hours the farm presents itself in lush green and where dams were built, little lakes will form. These lakes are populated by waterfowl, frogs and fish. The wild animals have found their place amongst the agriculture and profit from the developed water sources. During a farm tour or a walk you will often find antelopes drinking water at our water holes, shoulder to shoulder with the cattle. 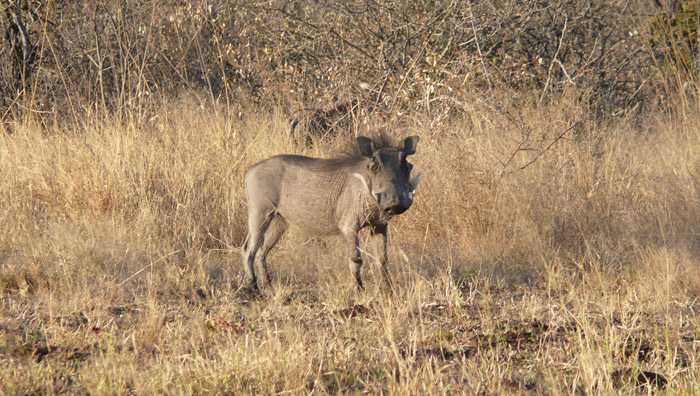 On our 11 000 hectare farm we have giraffes, zebras, oryx-antelopes, kudus, and the stately elands, the world’s largest antelope. We also have various kinds of gazelles, brackets, warthogs, jackals and numerous bird species that can be discovered. The predators such as the leopard, the caracal, wild cats and cheetahs are rather timid and as a result not easy to spot.

Sometimes we also get some visitors such as elephants and lions, from the bushman country – this sometimes entail more work on the fences for Max and his team but we are still pleased to have such rare animals on our farm… 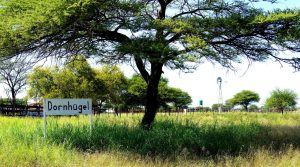 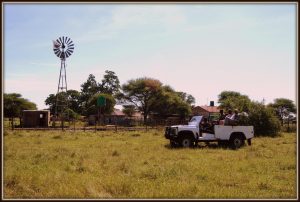 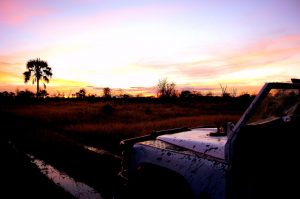 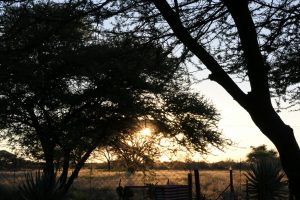 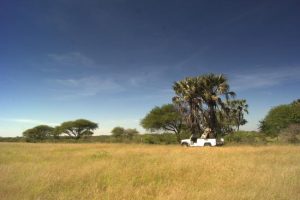 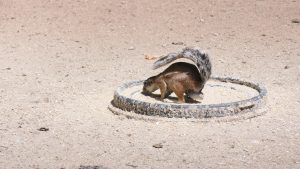 Dornhügel is one of the last unique Namibian farms with homely atmosphere, stylish ambience and proper facilities. It is very conveniently located for day trips to the Etosha national park as well as several other attractions in Namibia.

SEND US AN EMAIL

Come and visit our Etusis-Lodge

Dornhügel has another activity: the 22,000 ha Etusis Game Reserve. You can experience a piece of untouched Africa on the Etusis Lodge, located in the middle of the reserve.

The ETUSIS LODGE and riding company is located halfway between Windhoek and Swakopmund.

Rent our apartment with sea view

Only a few meters separate our apartment on Nordstrandpark in Swakopmund from the sea.

Theme by Anders Noren — Up ↑